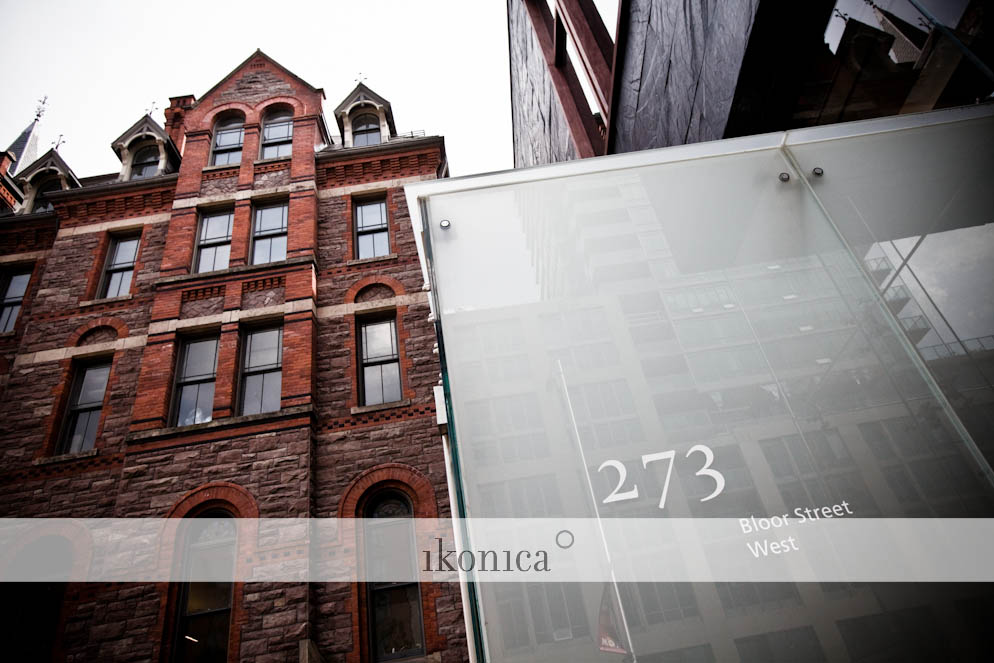 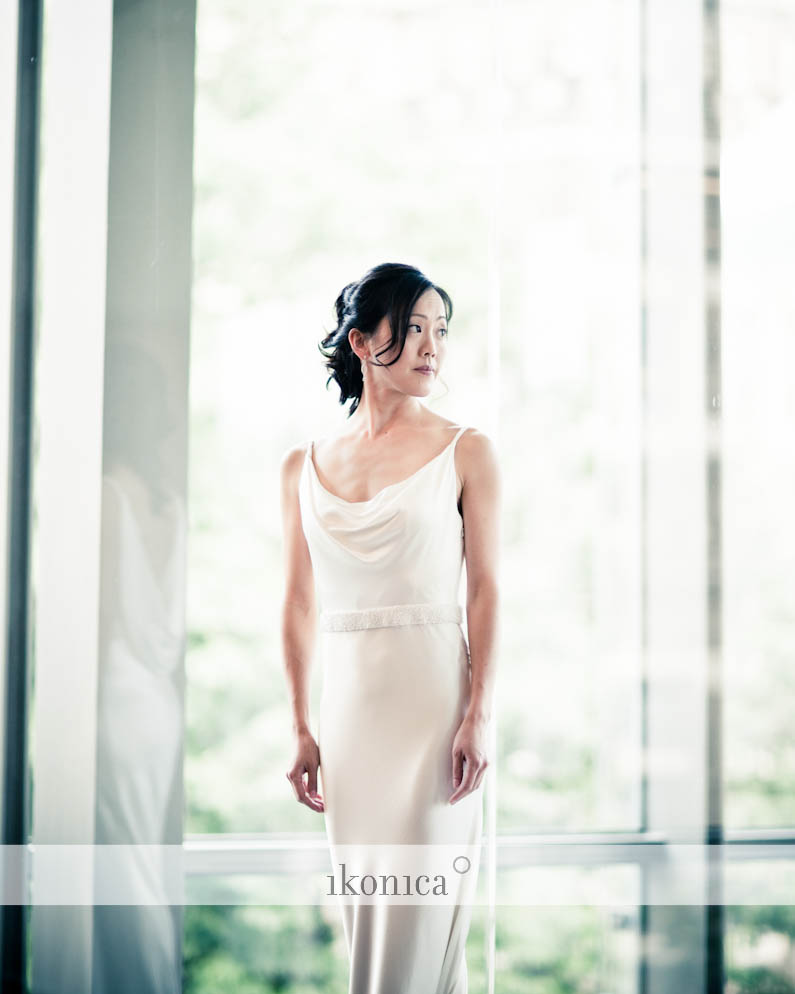 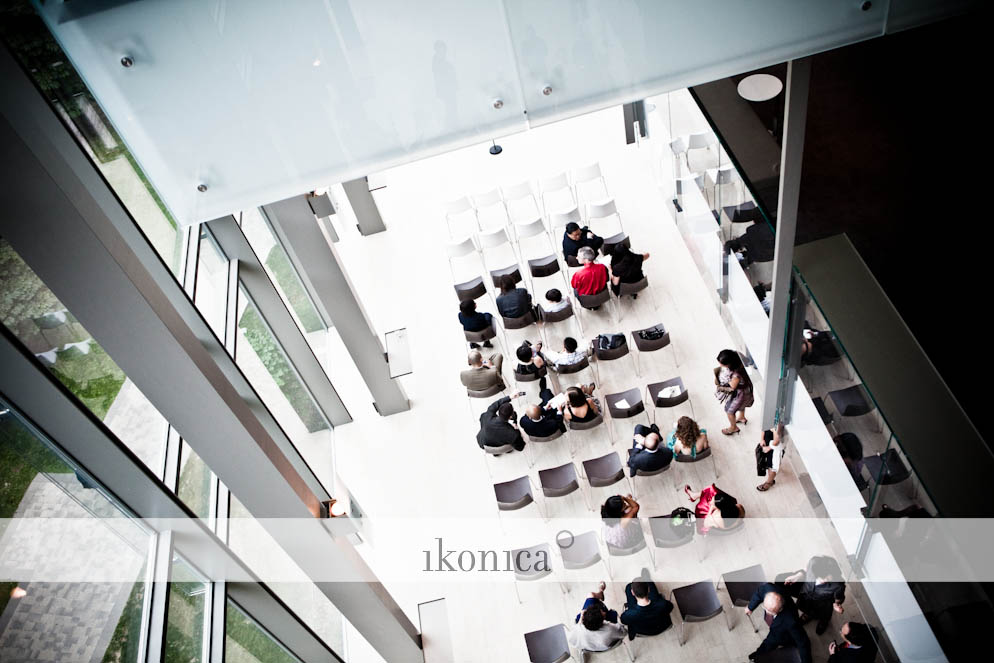 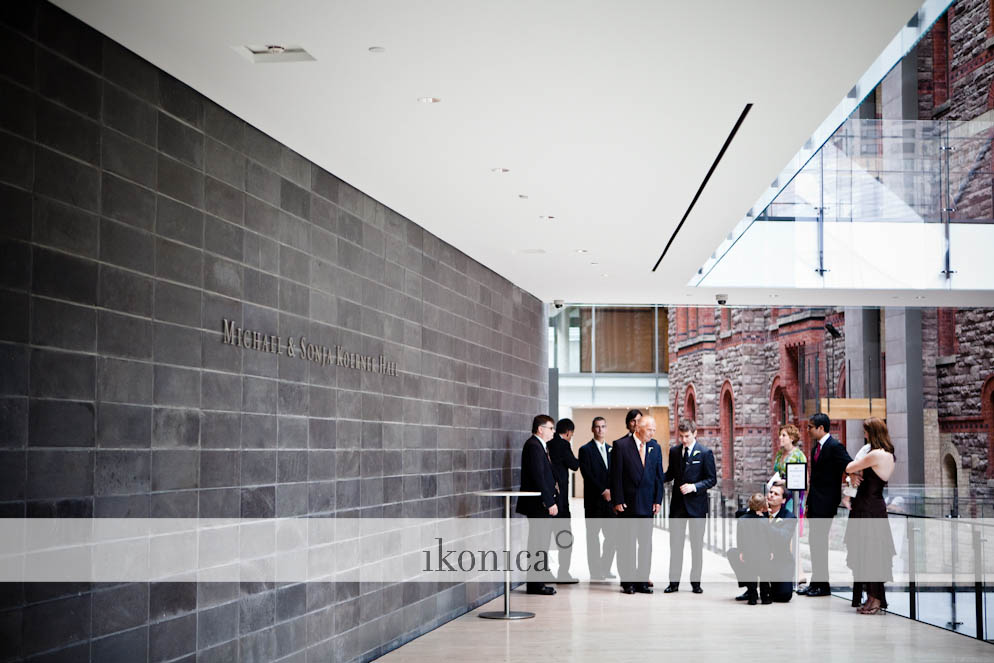 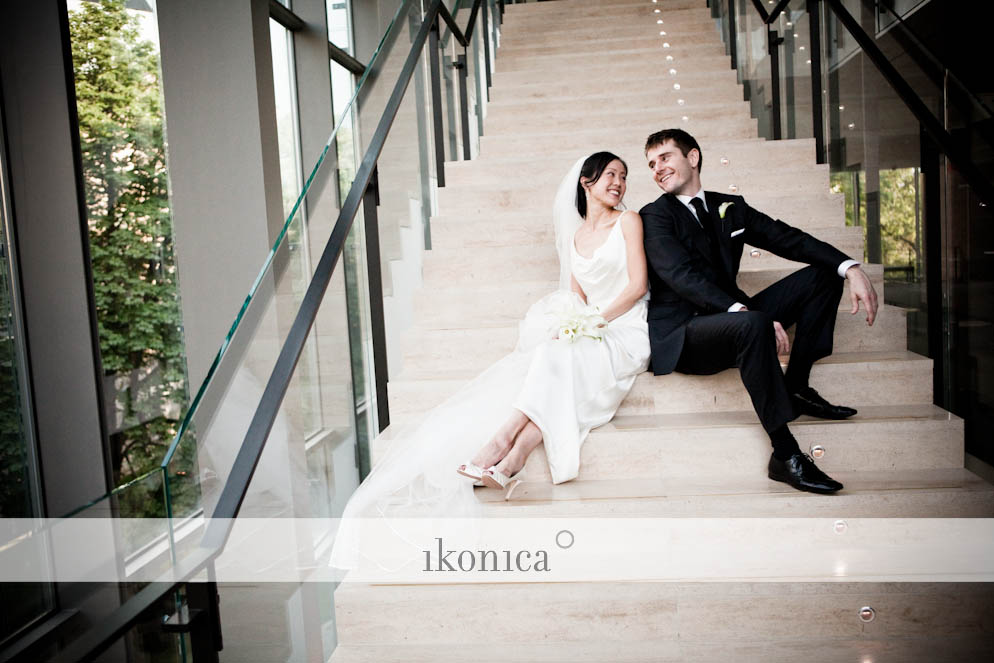 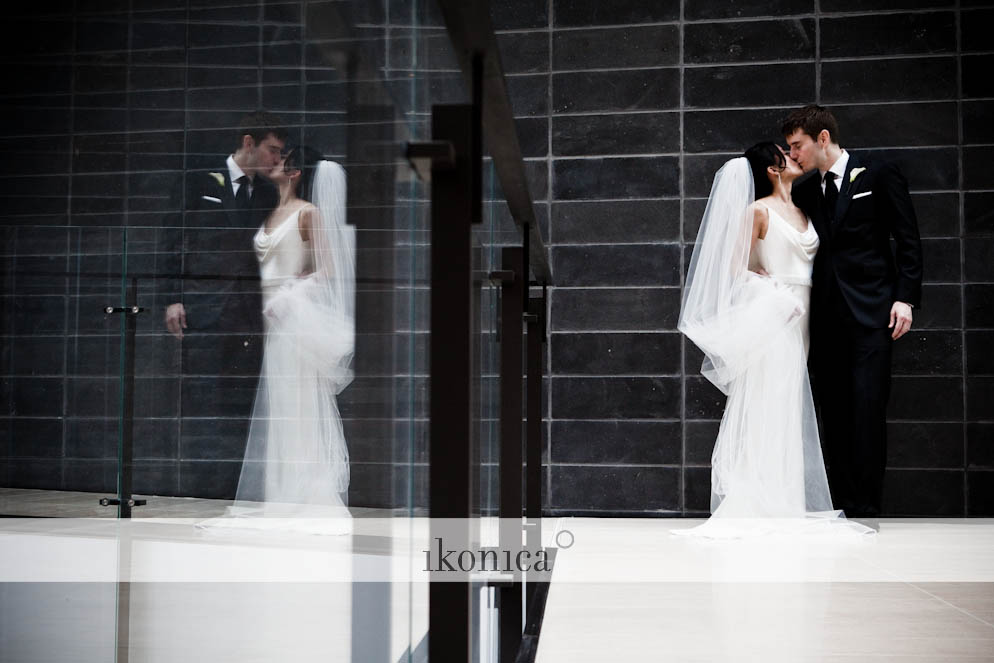 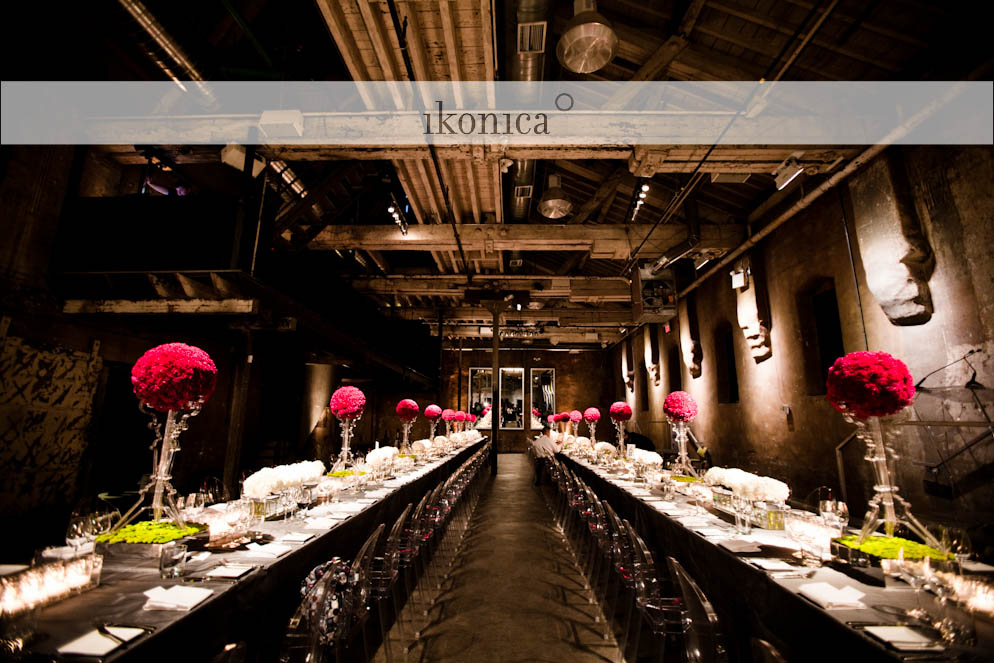 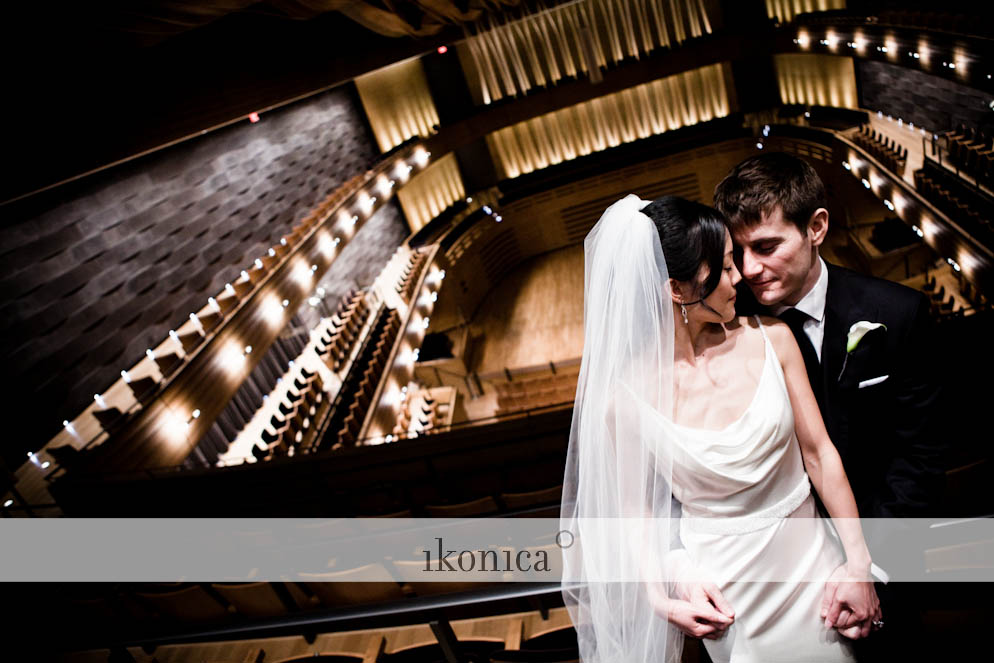 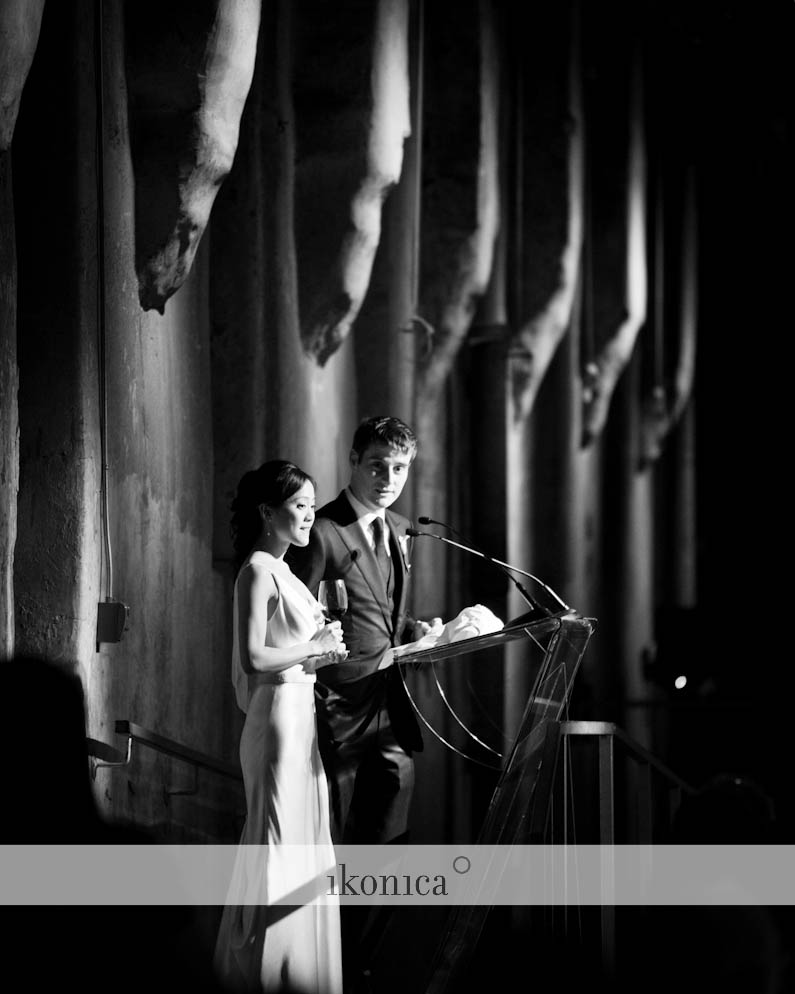 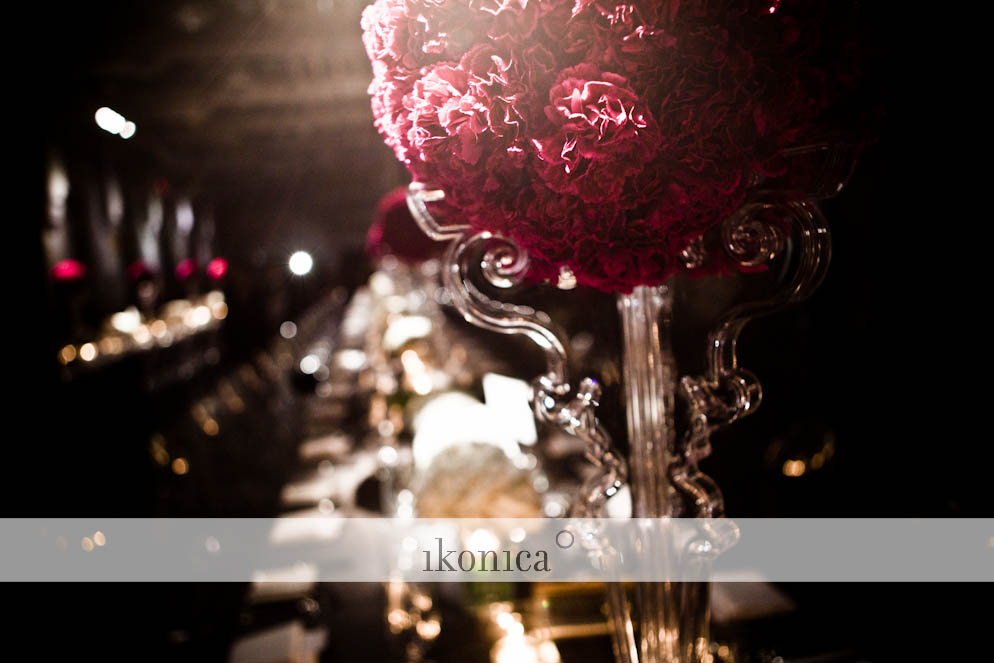 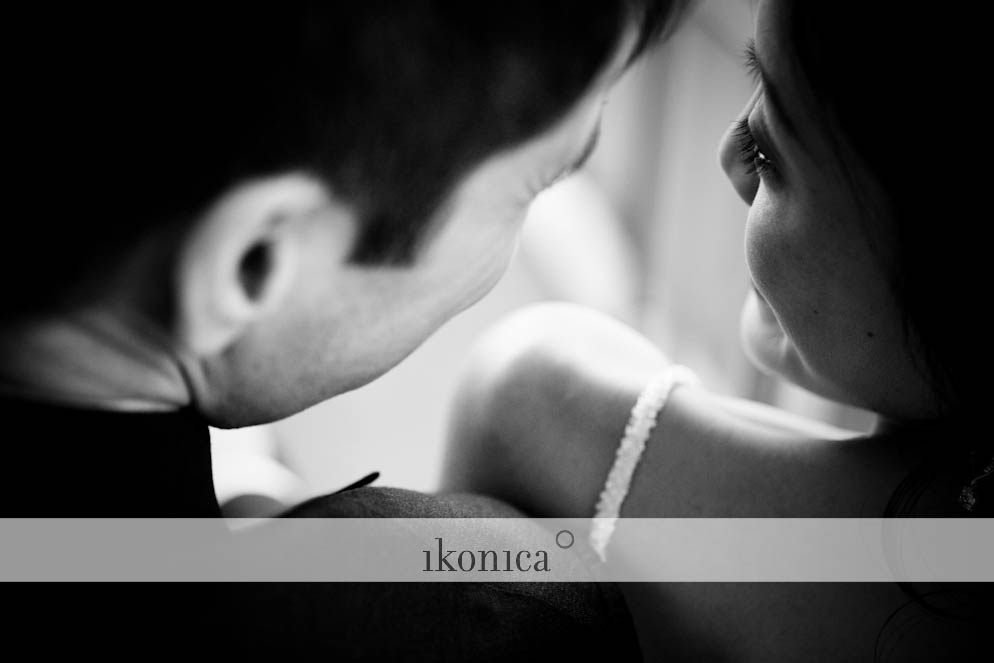 Melanie and Nick, married at Toronto’s Royal Conservatory of Music, could not have been more in tune with their physical surroundings, and with each other. Their combined sense of elegant and minimalist style complimented the mixed modern and classical aesthetic of the Royal Conservatory. For their photographs, the couple took advantage of the venue’s range of architectural features with Ikonica’s Jackson Huang.  Jackson loves the Conservatory not only for its present photogenic genius, but also for its past influence on his own early music career. The sweeping lines of Koerner Hall, designed in the tradition of the classic “shoebox” venues of Europe, provided a dramatic backdrop for a romantic embrace. The expansive panes of glass that frame the venue’s airy spaces provided a flood of natural light which perfectly illuminated Melanie’s slight, statuesque figure.

Fiori, known for their textured, multifaceted floral and event designs worked with award-winning planner, Melissa Haggerty of Spectacular Spectacular to achieve the perfect balance of elegance and simplicity for the reception, held at the Distillery District’s Fermenting Cellar.

This site uses Akismet to reduce spam. Learn how your comment data is processed.